Most active in the 1940s-50s, the ensemble often drew audiences of thousands, performing regularly around the eastern United States.

The idea for the ensemble grew from a member of the Alpha Kappa Alpha Sorority, a sorority well known for their work in the advancement and equity of African American women. Though the 40s and 50s offered extremely limited opportunity to African American classical musicians--in particular, female musicians--many of the members of the Philadelphia Piano Ensemble went on to create incredibly successful musical careers, whether by influencing and educating generations of young musicians or by performing and bringing exposure to African American music.

A. Alberta Blackwell found her love for music at a young age and was teaching piano by the time she was 17. She went on to study piano at Temple University and did graduate work at both Columbia University and the Philadelphia Musical Academy. She educated thousands of young people in the Philadelphia School System on classical music, first as a teacher, then as the first African American Music Supervisor on the Philadelphia Board of Education—a position she held for 35 years.ii In addition to her service in the public school system, she was the organist and choir director at the Central Baptist Church and directed their performances on Philadelphia’s first Black weekly radio program. Alberta made a name for herself as a performer, often appearing with the Philadelphia Piano Ensemble alongside Ursula Guy Curd and Gertrude (Trudy) Pitts. Towards the end of her life, she was constantly receiving awards from various civic, religious, and professional groups; among these were honors from the Business and Professional Women of Philadelphia and the “Woman of the Year” award from the Philadelphia Tribune.iii 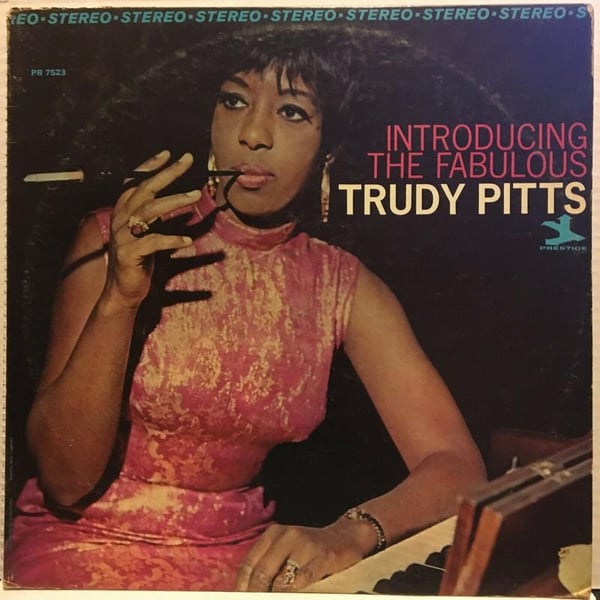 Born in 1932, Gertrude (Trudy) Pitts began her study of the piano at 6 years of age. At 18 she was already performing with the Philadelphia Piano Ensemble and went on to study both organ and piano at the Philadelphia Musical Academy, Temple University, and the Juilliard School.iv Her career did not develop as she expected; in an interview with the Philadelphia Tribune, she described her struggle to find opportunities as a classical musician:

“As the years went, I began to realize that the exposure for Black musicians was very limited, but for a keyboardist if you were strong enough to hang in there, there were concert recital performances with symphony orchestras but I found out it was not enough to sustain me financially.” v

Trudy met and eventually married Bill Carney (who went by the name of “Mr. C”), a jazz drummer with whom she credited her conversion to jazz performance, both on the piano and a Hammond B3 organ. Together they toured throughout the United States, Canada, and Europe, and recorded several albums among many different record labels. Often referred to as the “Godmother of Philly Jazz”, Trudy Pitts played a major role in the establishment of jazz as essential to the cultural history of Philadelphia. vi

You can read about another member of the Philadelphia Piano Ensemble and Curtis Alum, Ursula Guy Curd, here: https://blog.curtis.edu/rrcblog/the-legacy-of-ursula-guy-curd

Claire Thai (Harp '22) is a student of Elizabeth Hainen from Tucson, Arizona.  In her free time, she enjoys working with computers and playing with her three Shih Tzus.