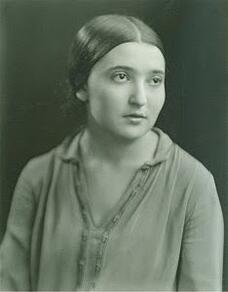 In October 1920 a young Russian physicist named Lev Termen inadvertently invented a new musical instrument while conducting government research on proximity sensors.  Christened the Theremin, the instrument was completely novel in that it was not played through physical touch – rather performers controlled pitch and volume strictly through the movement of their hands near the instrument’s precisely placed antennas.  The result is a synthesized, eerie pitch reminiscent of 1950s science fiction which – under the right hands – can be mesmerizingly beautiful.

“All of this is very interesting” you may be saying to yourself, “but what does an obscure instrument invented by a Russian scientist nearly 100 years ago have to do with Curtis?”  The answer lies in one person – Clara Rockmore.  A former violinist and Curtis student, Rockmore (nee Reisenberg) overcame an early physical setback to become the first, and arguably best, theremin virtuosa. 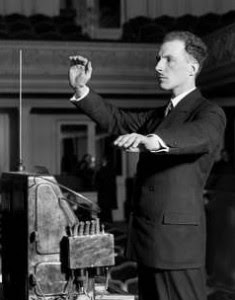 A child prodigy on the violin, Rockmore was accepted to Curtis in 1928 at age 17 to study under Leopold Auer (who had been her private tutor in New York). Rockmore had barely begun her studies when pain in her right arm caused her to withdraw from the school in November that same year.  Personal letters found in Rockmore’s student file indicate that at first the pain was thought to be inflammation caused by muscle and nerve strain resultant of her violin playing which, according to her physicians,  would dissipate after 6-8 weeks of rest. Unfortunately this proved not to be the case.  The pain in her right hand increased rather than diminished, and she was eventually diagnosed with arthritis – an incommutable death sentence for her ambitions as a violinist, but not, as fate would have it, a musician.

Shortly after her heart wrenching withdrawal from Curtis, Rockmore was introduced to Termen (now going by  the Americanized name of Leon Theremin) and quickly became an accomplished, lifelong player of the theremin, performing in venues across the country as well as with world-renowned orchestras including those in Philadelphia and New York.  Although Rockmore’s fame can in part be attributed to her choice of instrument – the theremin was, and still is, unusual  – it is more her distinctive technical artistry for which she is remembered.  In many ways the theremin served as a conduit for Rockmore’s prodigious ability on the violin,  allowing her to seamlessly transpose her unique skills, techniques, and nuance honed during her prior years of study. 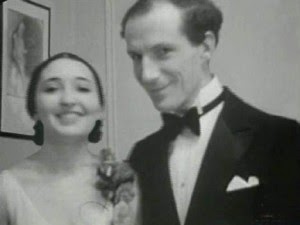 Although Clara Rockmore’s affiliation with Curtis was fleeting – she studied here for less than 2 months – she nevertheless achieved musical fame by following a significantly different path than that she envisioned upon entering Curtis in the autumn of 1928.  Though her injury initially signaled an end to her career in music,  a fortuitous meeting with a Russian physicist and his accidental invention allowed her a second – and illustrious – lease on her musical life.

(Note: for more information on the fascinating careers of both Rockmore and her sister, pianist Nadia Reisenberg, see their foundation’s website)