Legacy of "The Hall"

From greenhouse to world-class concert venue, “The Hall” has hosted countless students, Curtis faculty members, guest artists, and their audiences.

For over 40 years the Hall was open only to Curtis students and faculty. Audiences were first invited to attend recitals under the directorship of Rudolf Serkin (1968–1976).

Today Field Concert Hall remains an inspiration, both for the artists who make music on its stage and for the more than 20,000 people who annually attend performances. Read on to learn more about the evolution of this remarkable performance space.

From Assembly Room to Casimir Hall

When Curtis opened in 1924, it did not yet have a dedicated performance space, thus rehearsals and concerts were held in the “Assembly Room” (now the Common Room), while what had been the adjoining greenhouse was converted into a small theater. 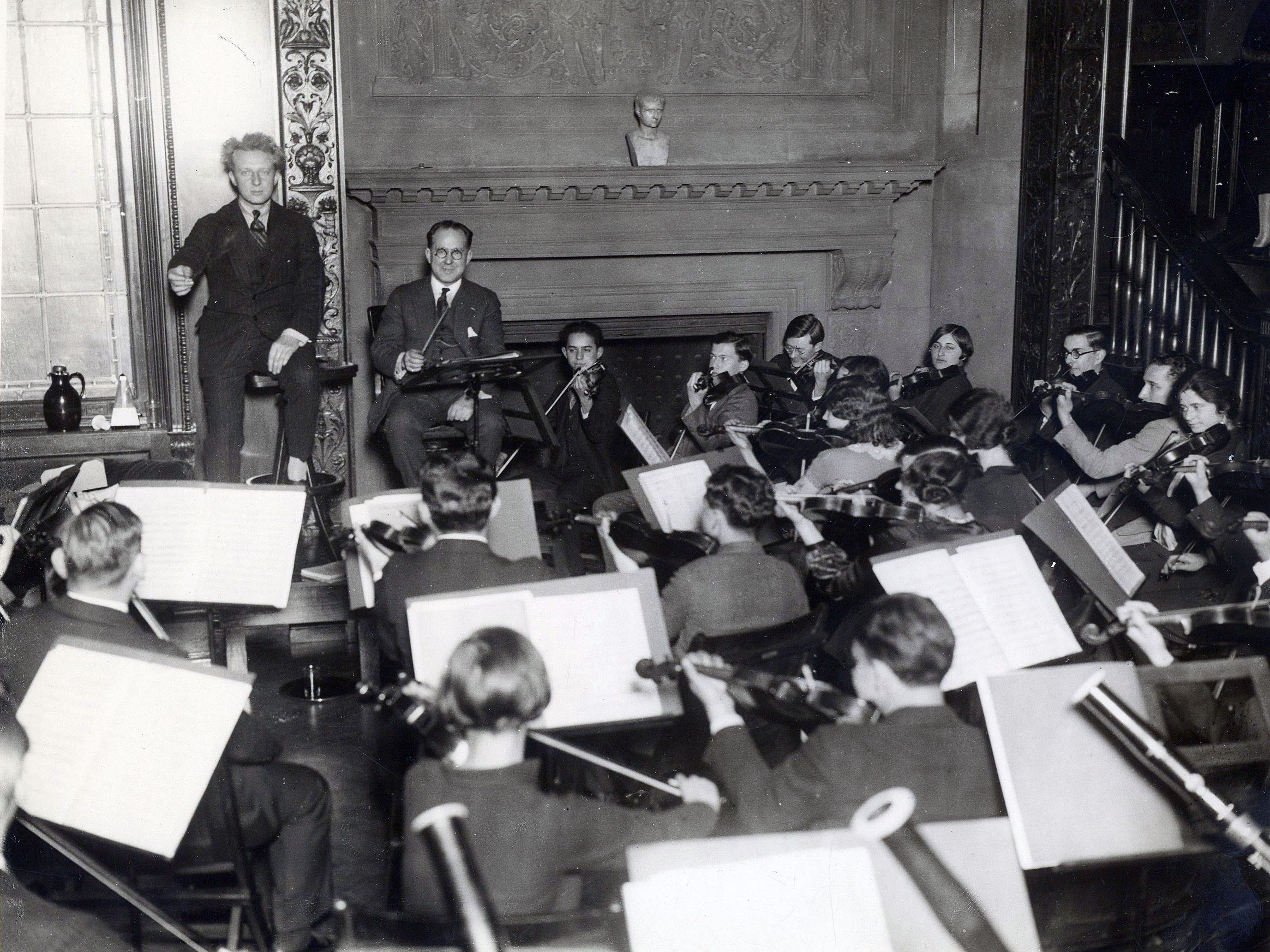 The concert hall, completed in 1927, incorporated both of these areas, providing just enough seats for students and faculty. To deal with the acoustical challenges of a small building at the junction of two busy roads, architect Horace Wells Seller chose a concrete building with no external openings and a special ceiling designed with the help of an acoustical engineer. 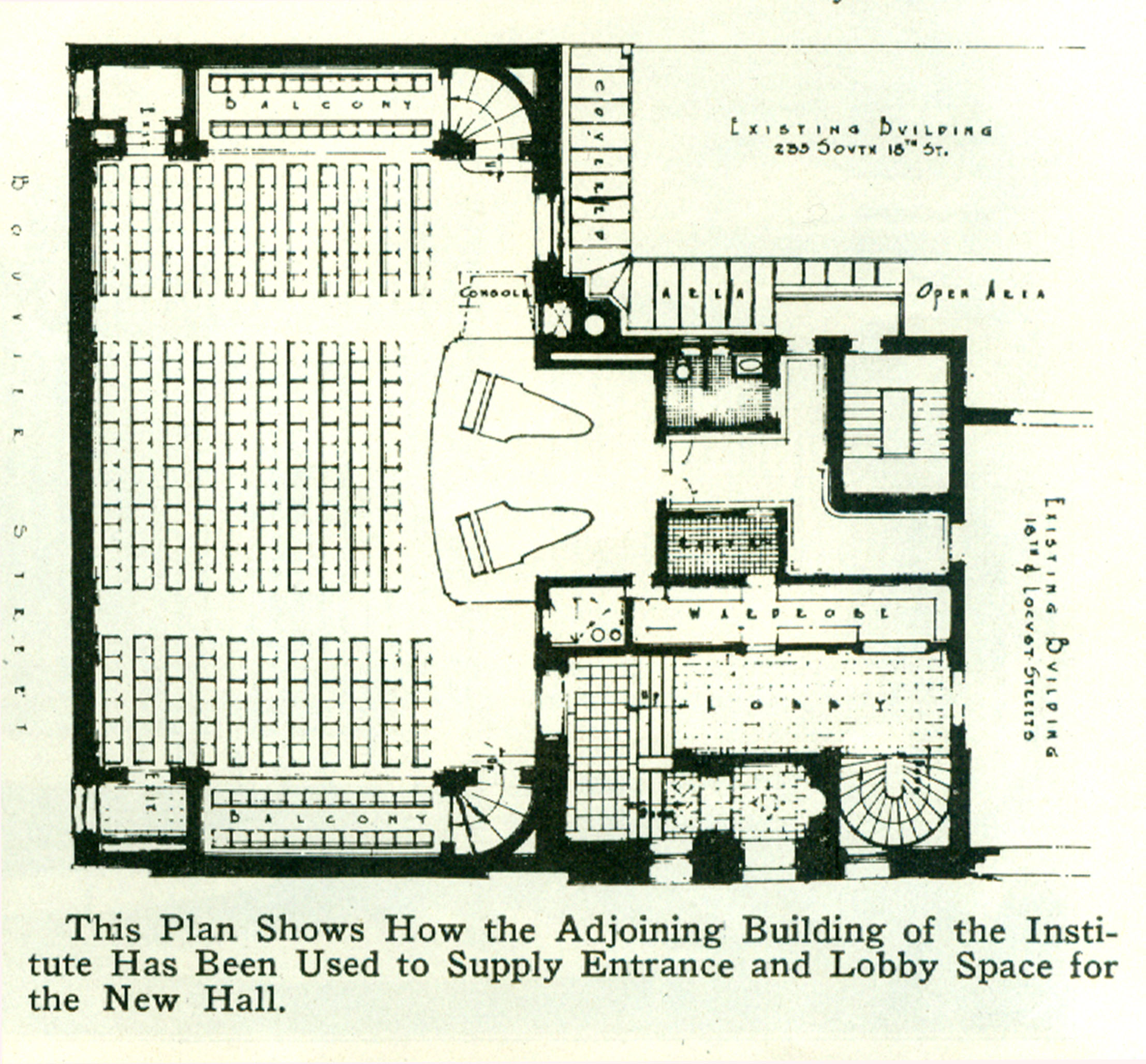 The innovative proscenium elevator in the hall was a particular source of pride as it allowed a section of the stage to descend to the basement where the concert grand pianos were stored, and from which they could be raised or lowered with ease. The inaugural recital to dedicate Casimir Hall took place on December 3, 1927 with a piano performance by Curtis director Josef Hofmann, after whose father the hall was named. 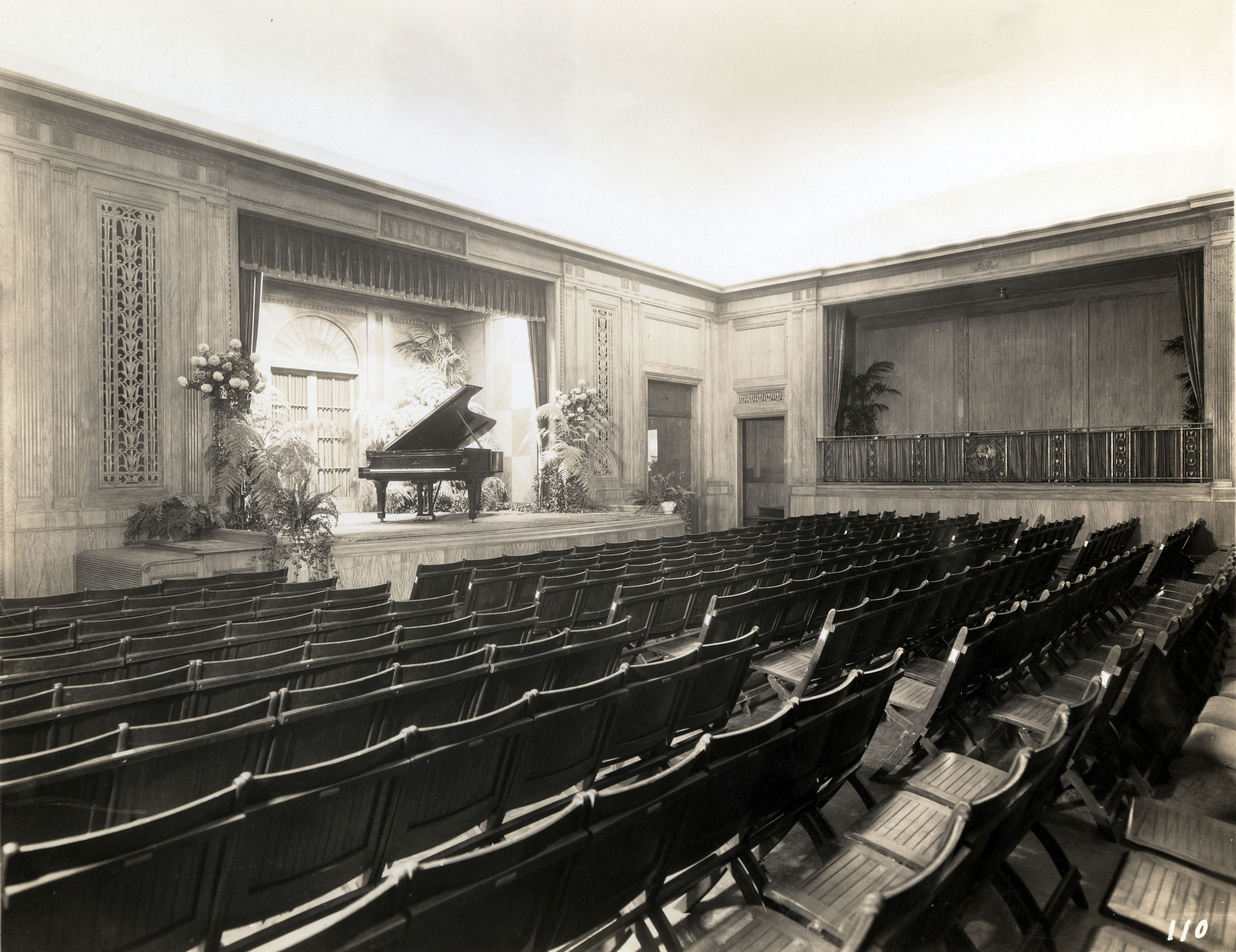 Casimir Hall was built, according to the Curtis Catalogue, to give students the opportunity to acquire "experience in students’ concerts under conditions equaling those under which they will appear in professional life.” Many alumni have recalled that performing in the hall (renamed “Curtis Hall” in 1943) was intimidating. Susan Starr (Piano ’61) told the Philadelphia Inquirer in 2000: “Nothing terrifies me as much as a Curtis recital … it’s more terrifying even than Carnegie Hall … I think of all the great performances in that room. I think of former teachers, some of whom are still around.”

While auditions and entrance examinations were held in "the Hall" from the beginning, commencements only started in 1934. Prior to that time, Josef Hofmann had resisted the idea of a “graduation,” thinking the excellence of students should speak for itself.  However, from 1934 on, sitting as a graduate in the hall where one performed countless times as a student has become a meaningful final rite of passage. 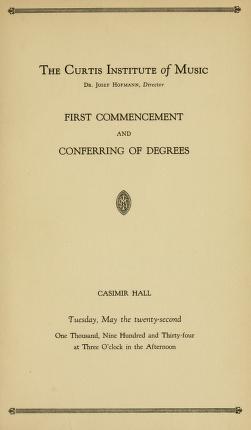 In the summer of 2000 Curtis initiated a renovation and restoration of the hall, replacing (among other things) the original acoustical ceiling. Although various architectural and structural elements were being updated, a key stipulation was that the room retain the exact same look and feel as the original. On April 4, 2001 the space was dedicated and officially renamed Field Concert Hall in honor of Joseph and Marie Field, noted Philadelphia philanthropists. The refurbishing was deemed an unqualified success, while the sound, previously described as rather “cold and dry,” had undergone a significant improvement.

Over the spring and summer of 2020, Field Concert Hall once again underwent renovations with the aim to further enhance the performer and patron experience. Improvements included a new ceiling, a new lighting grid, new recording and broadcasting equipment, reupholstered balcony seating, new ADA accessible restrooms, and an upgraded HVAC system. With these renovations now complete, Field Concert Hall is now a seamless blend of historical tradition and current technology, and Curtis eagerly awaits the time when both performers and patrons can return and fully enjoy this truly unique and irreplaceable space.