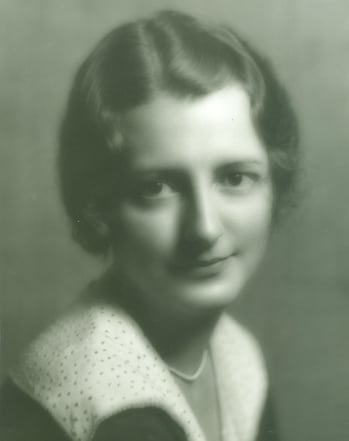 He [Stokowski] eventually called her up to mark her music and on the bottom wrote, “Will you take lunch with me today? Answer Yes or No.”

After a month of silence, Edna received the result of her audition— at 23 years old, she was not to become the second harpist but was to replace Vincent Fanelli as the principal harpist of the Philadelphia Orchestra. This was the first time that a woman had ever been offered a principal position in an orchestra, as women were thought to be incapable of being orchestral musicians of any caliber. In spite of her successful audition, Edna felt certain that she would fail as the principal harpist due to her relative inexperience and the immense pressure that such a prestigious ensemble would bring. Salzedo reassured her, saying: “Don’t you know how musical you are? If we cut your wrists, you would bleed music, not blood. You must not let a chance like this one slip away.”

Edna began preparation for the upcoming season by practicing between twelve and sixteen hours every day, trying to solidify her technique and overcome the unique difficulties of the harp. She quickly advanced but no amount of practice could prepare her for the hostility she would face as the first woman in the orchestra, especially the one that had so hastily replaced the well-respected Vincent Fanelli. As a result, Edna kept her distance from the men— never to the point of rudeness, but she had no interest in bringing even more attention to herself.

The orchestra’s general distaste for Edna did not mean she was immune to their romantic interest— in particular, the interest of Stokowski and eventually Eugene Ormandy. In her biography, Edna recalls an incident where she began to notice a different energy coming from Stokowski at the podium. He eventually called her up to mark her music and on the bottom wrote, “Will you take lunch with me today? Answer Yes or No.” She agreed, fearing for her job, but also recalled a warning from Salzedo: “Do not let yourself get involved with any of these men in the orchestra or you will one day find yourself thrown away like an old shoe.” To try to gracefully excuse herself from the date, Edna said she had to be in town to teach a harp lesson by 2 pm so they should have lunch in town instead of at Stokowski’s apartment. He replied, “Oh, I don’t think so.. I don’t think people would understand.” Edna quickly responded with, “What is there to understand?” Stokowski never asked her to lunch again. When asked about Ormandy’s advances, she exclaimed, “That worm! You think I’d give in to him after resisting the glamorous one?”

Edna’s first season with the orchestra was a success but was certainly the most difficult thing she had ever done. In those days, musicians could be fired on a conductor’s whim—in fact, Stokowski had a member of the second violin section keep notes on mistakes made by each player. Edna cursed Salzedo for selecting her to audition for the orchestra; the stress of a resentful second harpist, her inexperience, and the hostility of the other members caused her to lose 25 pounds in the first year. But by the end of the season, she had grown to love the sound of the harp in the orchestra and felt like an integral part of the ensemble.

“At a time when a husband could squelch a wife’s career with the snap of his fingers, Sam supported my art in every way. He had a great love of accomplishment, and he sincerely wanted me to succeed, just as he wanted everyone he was close to succeed.”

Edna frequently crossed paths with a member of the board of directors, Sam Rosenbaum, and frequently found herself chatting with him backstage. Though he was nearly 20 years her senior, the pair hit it off and eventually married during Edna’s third year with the orchestra. Sam was incredibly supportive of her career and encouraged her to work as hard as she could. “At a time when a husband could squelch a wife’s career with the snap of his fingers, Sam supported my art in every way. He had a great love of accomplishment, and he sincerely wanted me to succeed, just as he wanted everyone he was close to succeed.” Sam and Edna became an incredible force in the creation of new music; the pair commissioned a great deal of new works for harp from composers such as Alberto Ginastera, Ernst Krenek, Ernst von Dohnanhyi, and Carlos Chavez (though that piece never materialized). The works they commissioned remain some of the most popular in harp repertoire to this day.

Edna remained with the orchestra for 16 years until the constant touring required too much time away from her family. She had two children, Joan and David, and ultimately decided to resign when her daughter asked why she couldn’t be like the other mothers who waited for their children with chocolate chip cookies when they came home from school. “It wasn’t as if my life in music was over, just one phase of it. One can lead many lives in music, and it was my time to move on.” Her retirement from the orchestra did not mean she held a relaxed schedule; she still practiced five hours a day, taught at the Philadelphia Conservatory, and formed a trio with the famous flutist William Kincaid and violist Samuel Lifschey. Edna also became involved in two community projects: Young Audiences— an organization that connects students with professional musicians through interactive performances at schools, and Settlement Music School— a music school that is now the largest community school of the arts in the nation. When Carlos Salzedo died in 1961, Edna was offered the position of harp instructor at the Curtis Institute but turned it down because of her intense involvement in her community. Because of her difficult start in the Philadelphia Orchestra, Edna spent the years after her retirement opening doors for promising female musicians, whether by getting them access to harps, recommending them for scholarships, or helping them find professional positions in orchestras. Edna Phillips died in 2003, at the age of 96.

Welsh, M. S. (2013). One Woman in a Hundred: Edna Phillips and the Philadelphia Orchestra. University of Illinois Press.